- October 23, 2013
Domestic Violence is one of the themes of Awareness for this month. Sometimes, I feel like it is an issue that doesn't get the attention it deserves. Of course, October has other important causes - such as Anti-Bullying and Breast Cancer Awareness - but I also think that it is an issue that we are uncomfortable discussing. It often isn't until an individual has lost her/his life because of it or until a high-profile celebrity makes the headlines because of a domestic violent incident that it captures our attention.


Even though these tragic stories grab our interest for a short period of time, I believe it is hard to look deeper into the topic of Domestic Violence because although we have made strides in its awareness due to the ongoing work of countless individuals and organizations, Domestic Violence remains an issue that is shrouded in shame, secrecy and stigma.

Why does this continue to be the case?

First of all, there are many long-held misconceptions that surround Domestic Violence. Let's take a look at a few of them:

1. DV affects only women from low socio-economic and educational backgrounds.This is not true.  It crosses all barriers - age, gender, ethnic, racial, cultural, religious, educational, social and economic. No one is immune.
2. DV only affects a small percentage of the population.  This is incorrect. According to Domestic Violence Statistics , every 9 seconds in the US a woman is assaulted or beaten. Around the world, at least one in every three women has been beaten, coerced into sex or otherwise abused during her lifetime.
3. Women who are battered deserve to be. Unfortunately, this mindset is quite prevalent as abusers displace their blame so as to avoid responsibility for their actions. Healthy individuals maintain an attitude in which every human being deserves to be treated with respect, dignity and human regard.
4. DV affects only women who are married. This is untrue. DV affects hetero-sexual couples as well as gay and lesbian couples. DV occurs within marriages, partnerships, and friendships.

Another common misconception is that "If a victim really wanted to leave her abuser, she would". This could not be further from the truth. There are personal, financial, spiritual/cultural/religious, and emotional as well as psychological reasons why victims are unable to leave their abusers. (I discuss this point in detail on today's show - link listed below). Most importantly, a female's ability to leave a battering environment is always contingent upon her safety and that of her children.

A final misconception is that "If a victim really wanted help, all she needs to do is call the police." At times, the police can intervene, diffuse the batterer, and in some cases, take the abuser into custody. However, when the victim calls for help (from any source), she immediately puts herself and her children at risk for retaliation and re-injury. And, typically, the degree of abuse increases in severity and lethality.


Because of these misconceptions in conjunction with the different kinds of abuse and the cycle of violence (see link below), victims of DV are not unlike other victims of abuse and trauma who have experienced or continue to experience deliberate harm or threat of harm.


In closing, I believe that whenever we look at any behavior that depicts man's inhumanity against man, it is our tendency to want to look away or even excuse it; to say that it is someone else's problem; and/or to judge it as being the manifestation of a lesser people.

When, in fact, with Domestic Violence, it very well could be our own sister, mother, daughter, best friend, co-worker, boss, etc. who is living in violence and who is keeping it secret because of the very stigma and shame imposed upon the victim by us.

Let's work together.  Let's keep the conversation going - not just today and not just this month - but whenever we are called to make our voices heard. And, in our own ways, let's be available and present for those who may need us.


Note: In this blog, I have consistently used the female gender is reference to Domestic Violence victimization. It is important to note that males are often referred to as the over-looked victims. As previously stated, tragically, no one is immune.

Popular posts from this blog

Inside "The Glass Castle," Parents Betray Their Children

"The Glass Castle" is a film based on the best-selling memoir by Jeanette Walls.  It is painful and powerful. It is heartwarming and heartbreaking. Jeanette Walls, despite being raised in a chaotic and negligent environment, broke free from the bonds of family dysfunction and built a life for herself as an accomplished journalist. Today's blog is not a review of the movie nor is it a commentary on how Jeanette's story has touched the hearts and souls of its readers and viewers. After seeing the movie, although I was moved by Jeanette's triumph over tragedy, I was reminded that it came at a cost. The message which resonated for me was... Inside "The Glass Castle," Parents Betray Their Children  Over the past ten years, I have written and spoken about "betrayal." It is a topic I am comfortable with and passionate about. When we think of "betrayal," our minds typically turn to issues of infidelity or other relationships in which
Read more

"The Me You Can't See": How To Stop Hiding Behind Your Hurt and Start Sharing Your Story 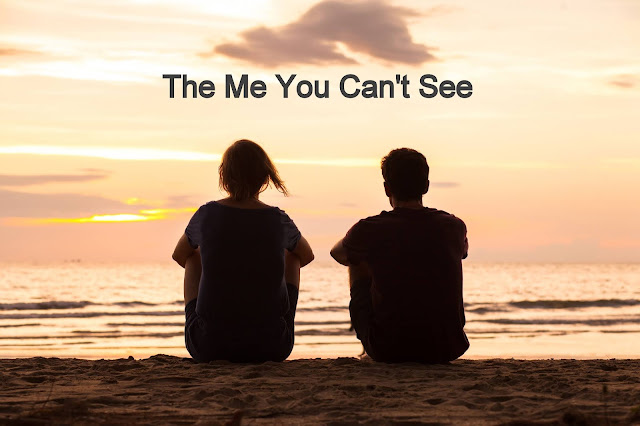 Oprah Winfrey  and  Prince Harry have produced a new series on mental health - "The Me You Can't See"  If  the words, "the me you can't see" speak to you in any way, I encourage you to watch this powerful series. If you're feeling like an imposter or unseen because you are hiding behind your hurt, the stories of shared suffering in "The Me You Can't See" will connect with you in ways which you may not have felt before.   Inspired by the series, today's blog is a personal message to you. Because of the stigma and shame around the fragility of our mental health, many of  us walk around with emotional and psychological wounds thinking it is better to pretend that nothing is wrong than to admit our lives are not working for us in the ways we have dreamed of and desired. I hope today's blog will encourage you to share your feelings and allow yourself to be seen.  Although there are many reasons why individuals don't seek help or de
Read more 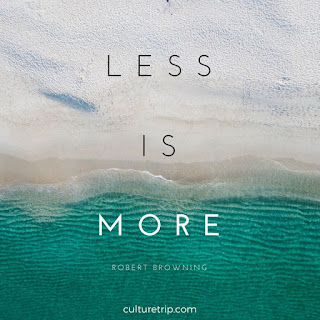 As we near the one year anniversary of the COVID Pandemic, our lives have been ravaged on every level. We have spent much of the last year grieving our losses: personal, relational, professional, financial, and of course, loss of human life. Although there is hope on the horizon with various vaccines, we can anticipate there will be more loss impacting us in the months ahead before we begin to reclaim and restore our lives more fully.  As tragic as all this is, over the past year I have had the privilege of witnessing how my clients have experienced a series of "shifts" during this difficult time of heartbreak, stress. and overwhelm. It has reminded me that even during the darkest days of this COVID Pandemic, there is indeed Grief. And, if we are willing to receive them, there are Gifts.   Gift One: Less Is More As soon as the pandemic hit, the brakes were put on our lives. Most of us were forced to come to an immediate stop or at the very least take our foot off the acceler
Read more